All of our clinicians are certified by the American Board for Certification in Orthotics, Prosthetics and Pedorthics.  ABC ensures clinicians meet the most rigorous requirements in education, experience and examination in the industry. 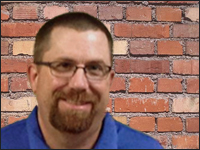 John Robb, CPO
John is certified by the American Board for Certification in Orthotics & Prosthetics. John has been practicing in Orthotics & Prosthetics since 1990 and has taken particular interest in treating more complex diagnoses. He regularly speaks for medical professionals and currently serves on the board for the Virginia Orthotic & Prosthetic Association. In his spare time he enjoys spending time with his family, coaching youth sports and playing golf. 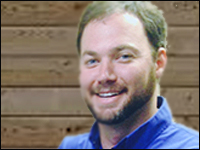 Matt Zydron, CPO
Matt is a graduate of Northwestern University’s Prosthetic and Orthotic Program, and received his undergraduate degree from Hampden-Sydney College. He is certified by the American Orthotic and Prosthetic Association and has been a practicing O&P clinician since 2002.

Matt began his career as a technician, giving him a solid understanding of fabrication techniques. He holds extensive knowledge in high-tech componentry and techniques, equipping him to deliver extraordinary care for high activity individuals and children. 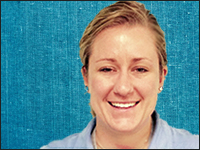 Danielle  Hill, CPO
Danielle grew up in Gloucester, VA and received her BS in Kinesiology from The College of William & Mary. She then went to the University of Pittsburgh to receive her Masters in Prosthetics and Orthotics. In 2015 Danielle wrapped up her residency at Reach, and has passed her boards as a licensed CPO.

Danielle enjoys working in O&P because of the wide array of patient cases, but especially enjoys working with children. In her spare time, she enjoys spending time with her husband and going to William & Mary football games. 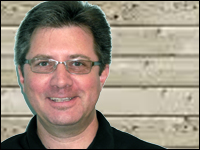 Greg Michalov, CP, COA
Greg has served as a prosthetist for over 25 years beginning in 1990 after study completion at Century College in White Bear Lake, MN.  After 10 years of clinical practice Greg accepted a key position with Össur USA, an international leader in prosthetic technology. While there, he directed continuing education efforts, and served as a product advisor to the North American market.  Greg conducted studies on silicone suction socket technology, assisting the research and development department in Reykjavik, Iceland. Greg is also active with the American Academy of Orthotists and Prosthetists Chapter at the state level.

Greg enjoys mentoring aspiring prosthetists as they gain patient experience in the field. He is also active with international mission’s co leading efforts with Life and Limb Ministries, working to provide prosthetic care for indigent amputees in Colombia, South America. 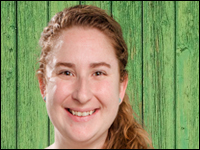 Karli received her BS in Psychology from Virginia Commonwealth University and Master’s in Prosthetics and Orthotics at Northwestern University’s Feinberg School of Medicine in Chicago, Illinois.  As an ABC Certified Prosthetist Orthostist, Karli works primarily with patient’s requiring orthotic care and has taken a particular interest in complex cases that require customized treatment.

Karli loves to travel and try new cuisines with her husband. When she isn’t travelling and eating, Karli enjoys spending time with her family and getting some exercise in with her husband at Busch Gardens Williamsburg. 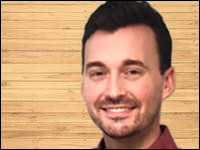 Seth grew up in Lawrenceville, GA and obtained his Bachelors of Science in Biology at Berry College in Rome, GA in 2011. While in Rome, he was introduced to and fell in love with the O&P field. He found an internship for a small O&P company and was quickly hired on as a technician. He then attended Georgia Institute of Technology to obtain his Masters of Science in Prosthetics and Orthotics (MSPO) in 2014. Seth completed his orthotic residency in one of his favorite places, Chattanooga, TN. He returned to Atlanta, GA to complete his prosthetic residency and continue his career where he specialized in prosthetic care. In mid-2019, Seth moved to Virginia Beach with his wife and joined the Reach team.

Seth loves the blend of art and science of the O&P field. He enjoys educating patients and students alike about the field and how to be independent. In his free time, Seth likes to hike, run, watch cooking shows, and spend time with his family. 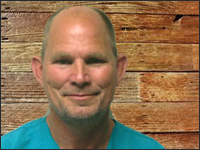 With over 30 years experience in Prosthetic and Orthotic care, Bill retains a comprehensive knowledge of prosthetic function and design, utilizing the latest technologies to serve Reach patients.

As a senior lab technician, Bill stays busy fabricating custom prostheses and foot orthoses.  In his spare time Bill can be found soaking up the sun on the golf course.